Hoping against all hope 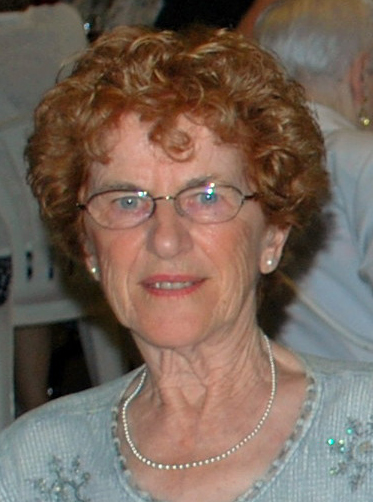 My engagement in the Church was carried out as a pastoral worker in rural and in parish settings for almost twenty years. Needless to say my previous engagements had been of a different nature.

How I was led to this ministry? Initially I worked as a secretary in the Diocese of Ottawa for five years. I wanted to do more so I went on to serve the bishops of Canada (the CCCB). A few years later I sought out a commitment that would put me in closer contact with people. Too, I observe how women’s role in the Church received little recognition.

After a time of prayer and reflection, I decided to register for a year of formation in pastoral work in Montreal. During that year, in the course of my studies, I looked to the future for a place where lay persons were needed to work in the Lord’s vineyard.

That is when I learned of a posting in the Diocese and in the region of Quebec. I was given a mandate by the Archbishop. Gradually, I found my place in this new environment.

The experience was a good one. The volunteers, men and women, were deeply committed. I
greatly appreciated them and they responded in kind. I felt I had an important place in committees and among the priests.

My mission consisted in listening to people, in organizing formation meetings: baptism, liturgy, rite of initiation, social and family pastoral work, the parish pastoral council and churchwardens. I created a committee for women’s issues. I was welcomed everywhere as a WOMEN, even with priests, although, at the time, I was the only woman among them. I was neither a priest or a priestesse, but, confident in my discretion, many personal issues were shared with me without the benefit of absolution.

After fourteen years I sought the opportunity to evangelize at the grassroots level. Accordingly, I asked to be assigned to a parish. I was named to a new pastoral team beginning the experience of the merging four parishes into a single pastoral unit. I had the joy of working with open and welcoming people. The pastor gave us latitude, for example, during a six-year period, I was allowed to give reflections (homilies) on the Word once a month at Sunday masses. The feedback from the people was very positive. On another occasion, supported by a pastoral worker friend, I dared to preside at a Celebration of the Word in the attendance of lay persons and priests. It took guts to do it. I still dare to make small steps towards advancing women’s place in the Church with volunteers and other committed women.

I believe that by my actions, attitude and witnessing I contributed to the making of small steps by those who worked with me and to sensitize them to the fact that women have an important role to fill in the Church, the People of God. She is not there only to serve coffee and organize meetings. Through these little gestures I am convinced I laid small flagstones to build and to allow the Church of our time to grow. Striving to accomplish this mission has brought me much joy.

However, since my retirement, I see that women engaged in the Church, and men as well, have lost ground. This step backwards disappoints me. For five years I presided at celebrations of the Word in parishes. It was fulfilling and rewarding. Today, all is back to being the purview of priests. There are no more celebrations of the Word.

I continue to be an activist and never miss an opportunity to open a little window… Another example, the use of inclusive language in celebrations. Incredible as it may seem, for some, women are still in the era of Noah and Abraham.

Must we hope against all hope to make steps to gain a place in the church? Our place?

Tweet
Published in Testimonials
More in this category: « A tribute to Denise Gagné The inventivity of love »
back to top