Father Louis-Marie Parent, O.M.I., was born in 1910 in the province of Quebec (Canada). He joined the Oblates of Mary Immaculate in 1931and was ordained priest in 1937.

In 1938, he became a missionary in Northern Alberta.

In 1943, with the help of two women from Montreal, he participated in the foundation of a contemplative religious community called the Missionary Recluses.

He became a preacher from the very beginning of his priesthood; he remained in close contact with many laypeople, religious men and women and priests.

He also became well known by thousands of readers through the monthly booklets he wrote under the title “Volunteers of God Collection” during the course of 20 years.

He also wrote many other books on spirituality and human relationships. 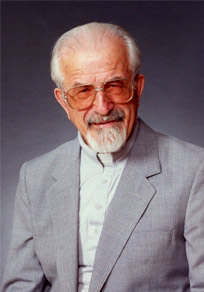