An angel passed by... 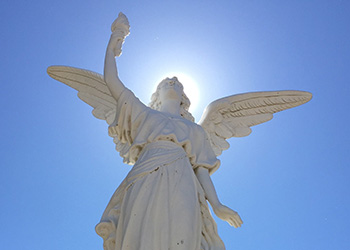 I met Maria, 64, who tells me she didn't go to mass because she had forgotten when Easter was.

Then she tells me how she took care of a young undocumented Ghanaians immigrant, who, for two years, had lived in a garden hut that only protected him from the rain.

I sensed she was deeply moved by this man's situation. She looked for people who could help and several did: an association took charge of him. An apartment was found, shared with two other people; he acquired a medical card and a transport card. He got a job offering little or no pay.

He said to Maria, "You are an angel who has come to help me."

With the angels in the sky, I too rejoice.

Even without attending mass, God looks down upon her with tenderness!

Tweet
Published in Testimonials
More in this category: « Flash 1- To become a missionary Flash 9 - The beginning of an adventure that lasts to this day »
back to top