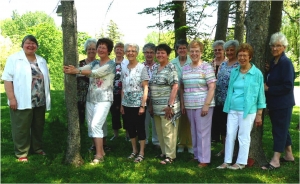 This region of the Institute has 95 Oblates, most of them in the metropolitan area of Montreal; from there, towards the West in the rest of Canada, and towards the south, in the United States of America.
The associate group Volunteers of God has around 300 members in this territory. 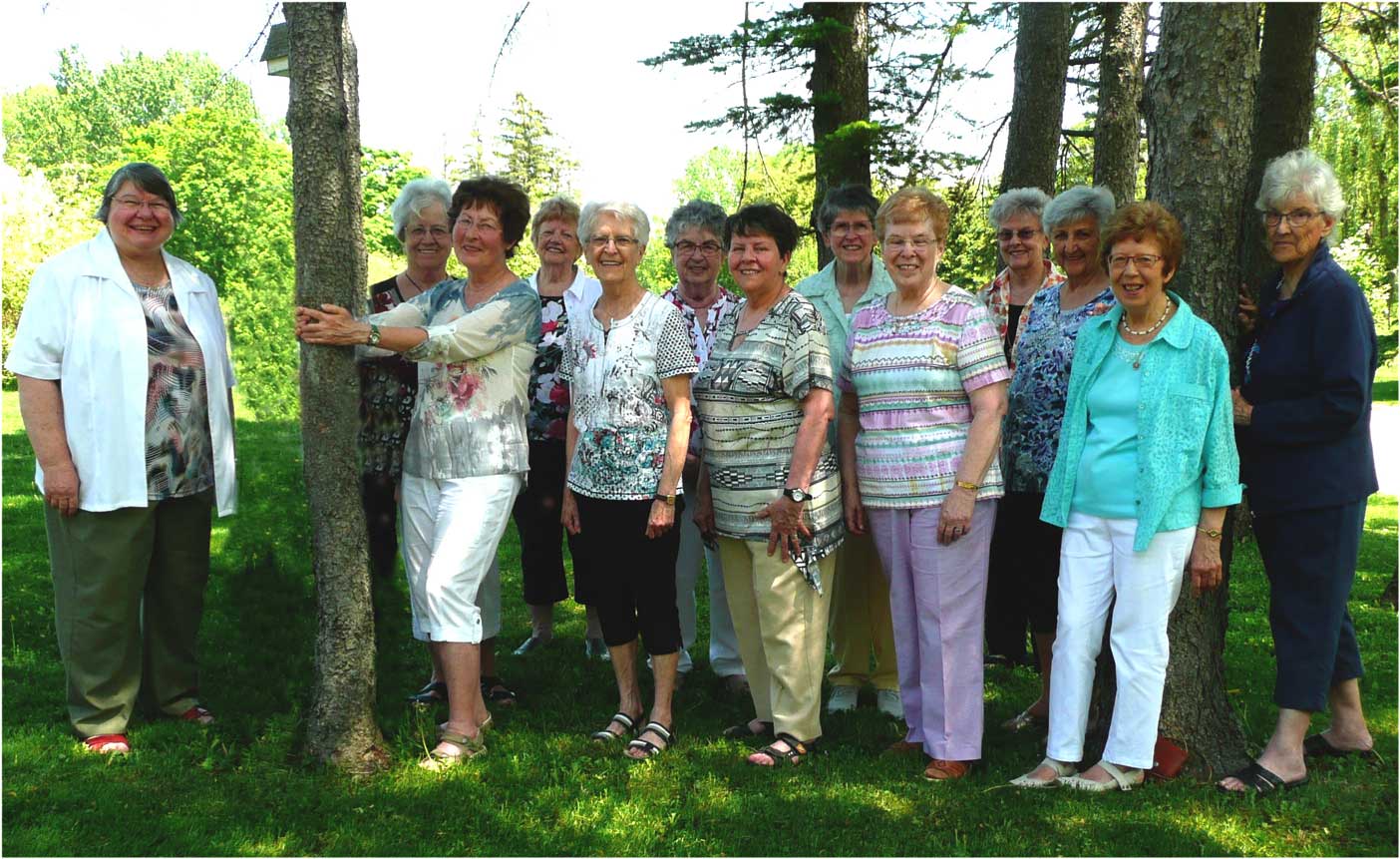 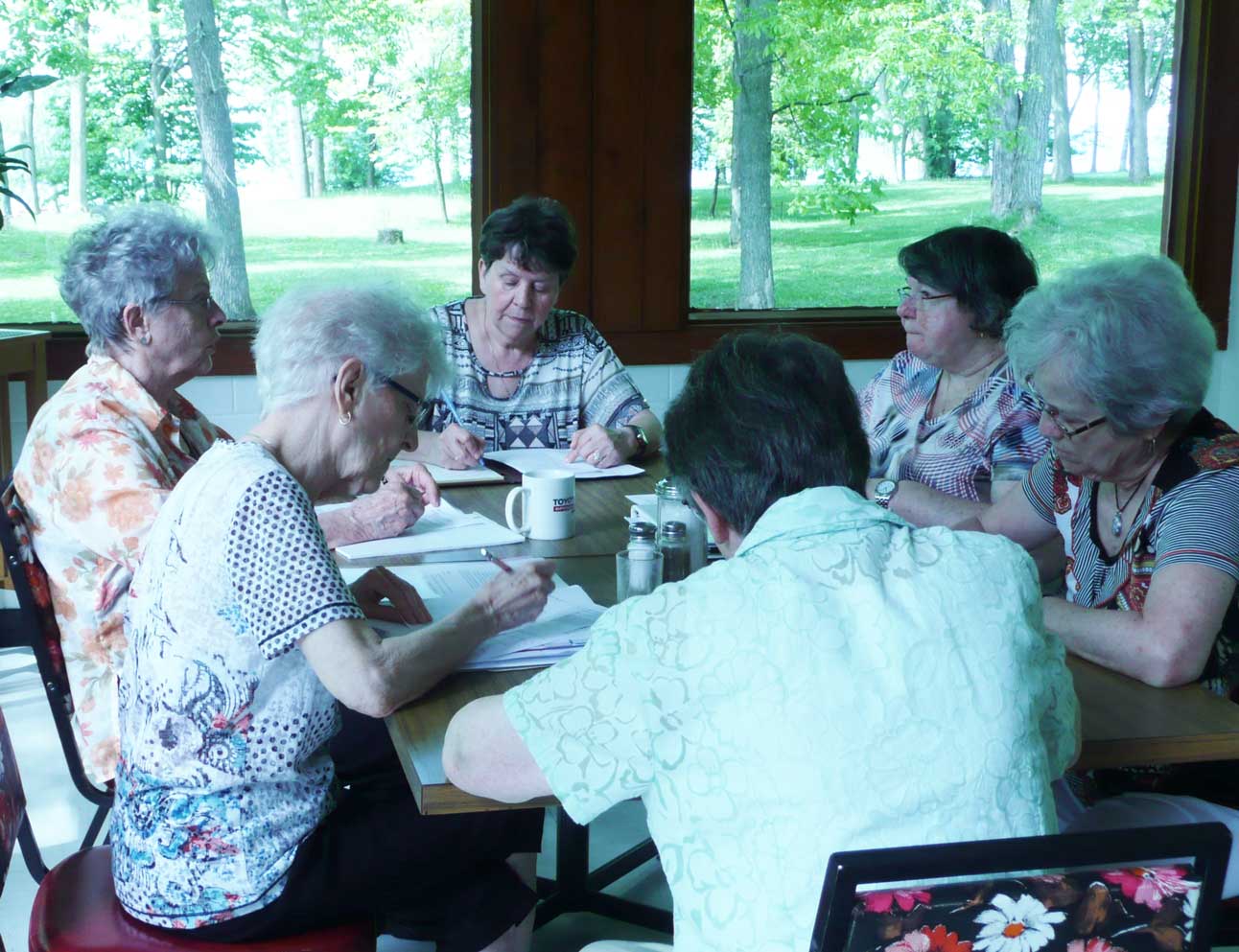 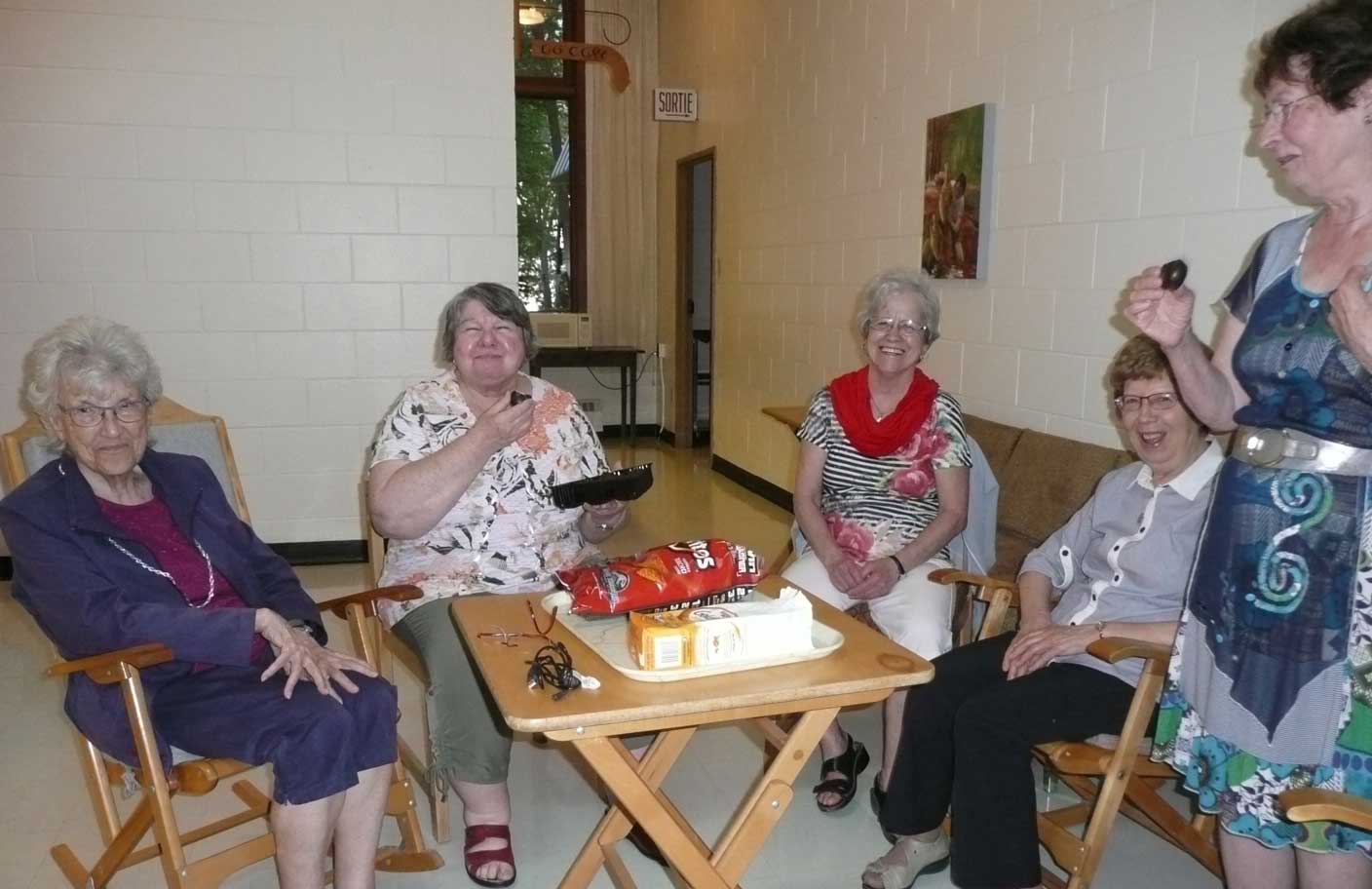 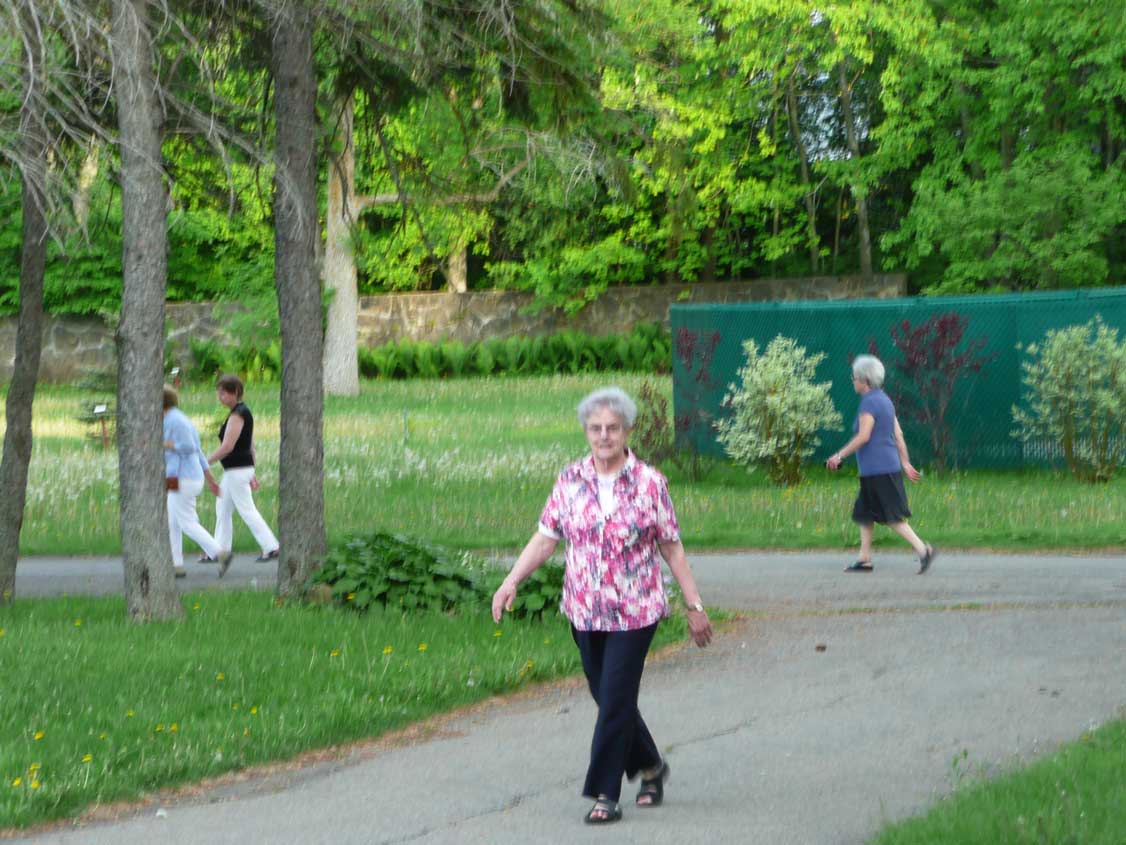 On the eve of the elections Louise L. thanked the Regional Leader, Adrianna D.
and the Council members, Ginette F., Pauline L., Marie-Jeanne A. and Germaine D.
for their dedication during their five-year mandate:
Bravo, women of faith and challenge!
Bravo for your availability and steadfastness!

Congratulations and thanks to the Regional Leader for her re-election Adrianna D, and to the Councilors.
All have accepted a three-year mandate. Germaine D., Pauline L, et Lucile A. 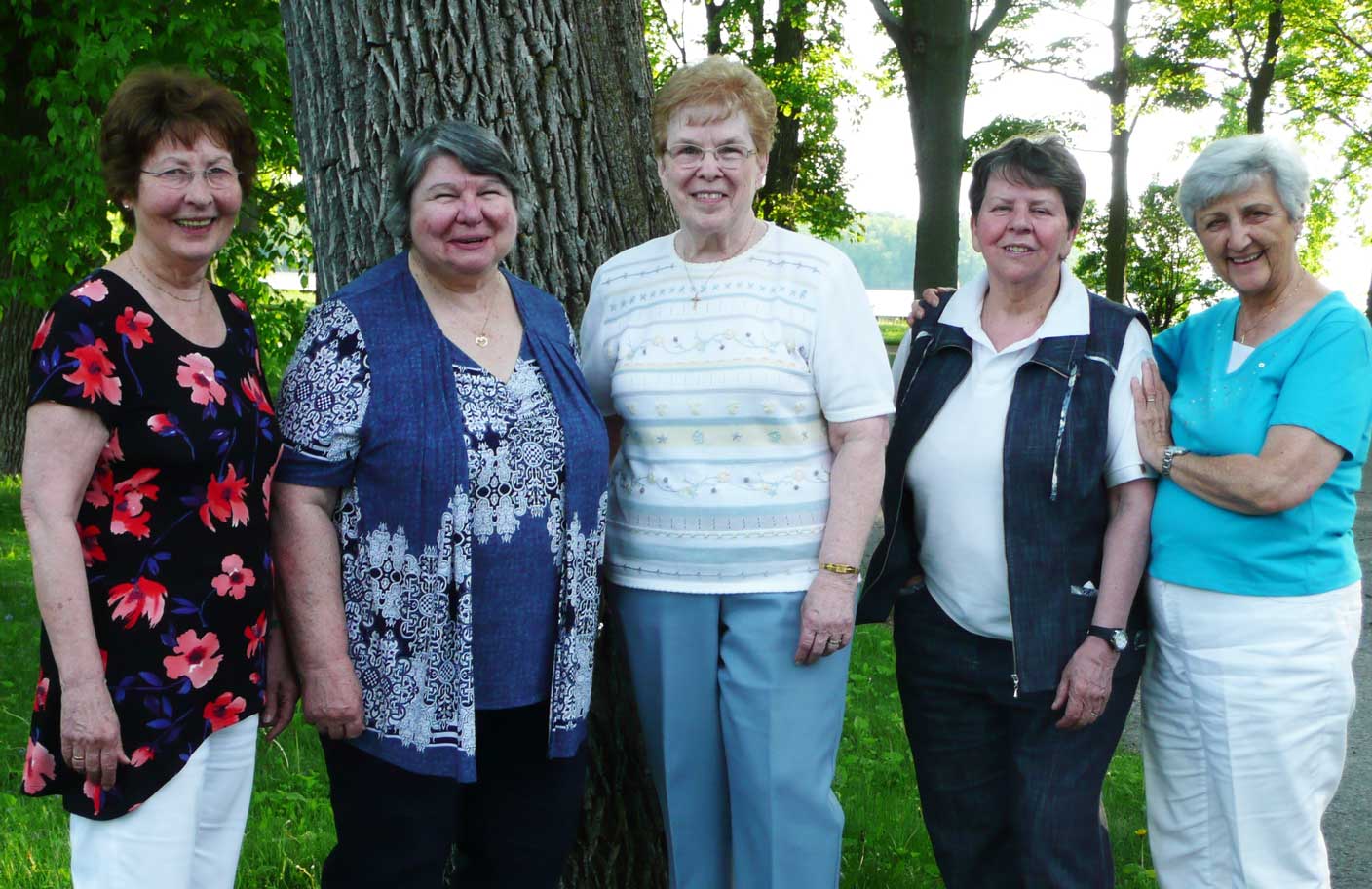 We wish them well in their service to their companions.

Theresa O., representative of the Region on the Administrative Council,
invited to the closing mass and dinner, pins corsages on the elected Regional Council. 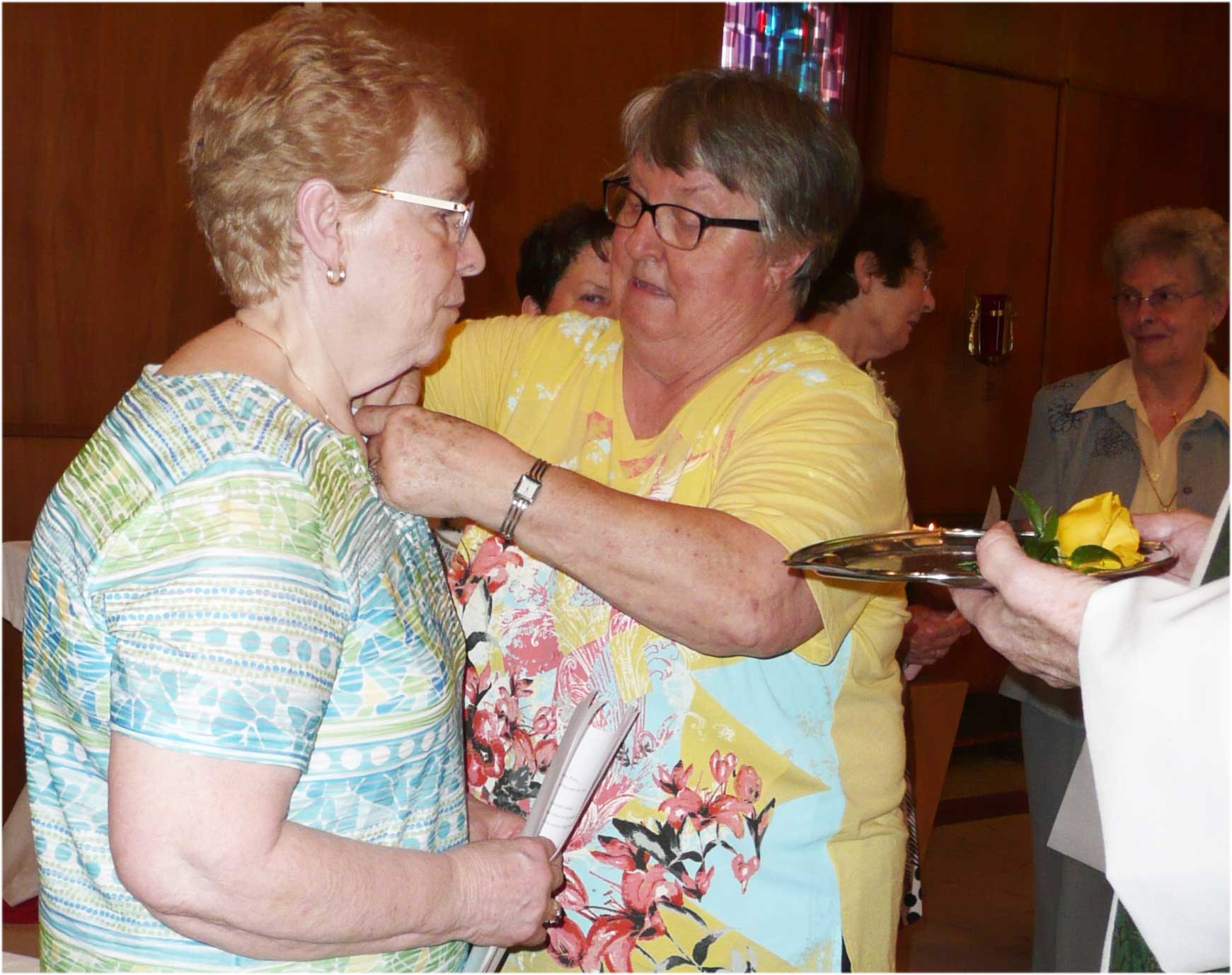 Closing mass presided by Michel Beauchamp, V. Dei, who had also presided at the opening mass. 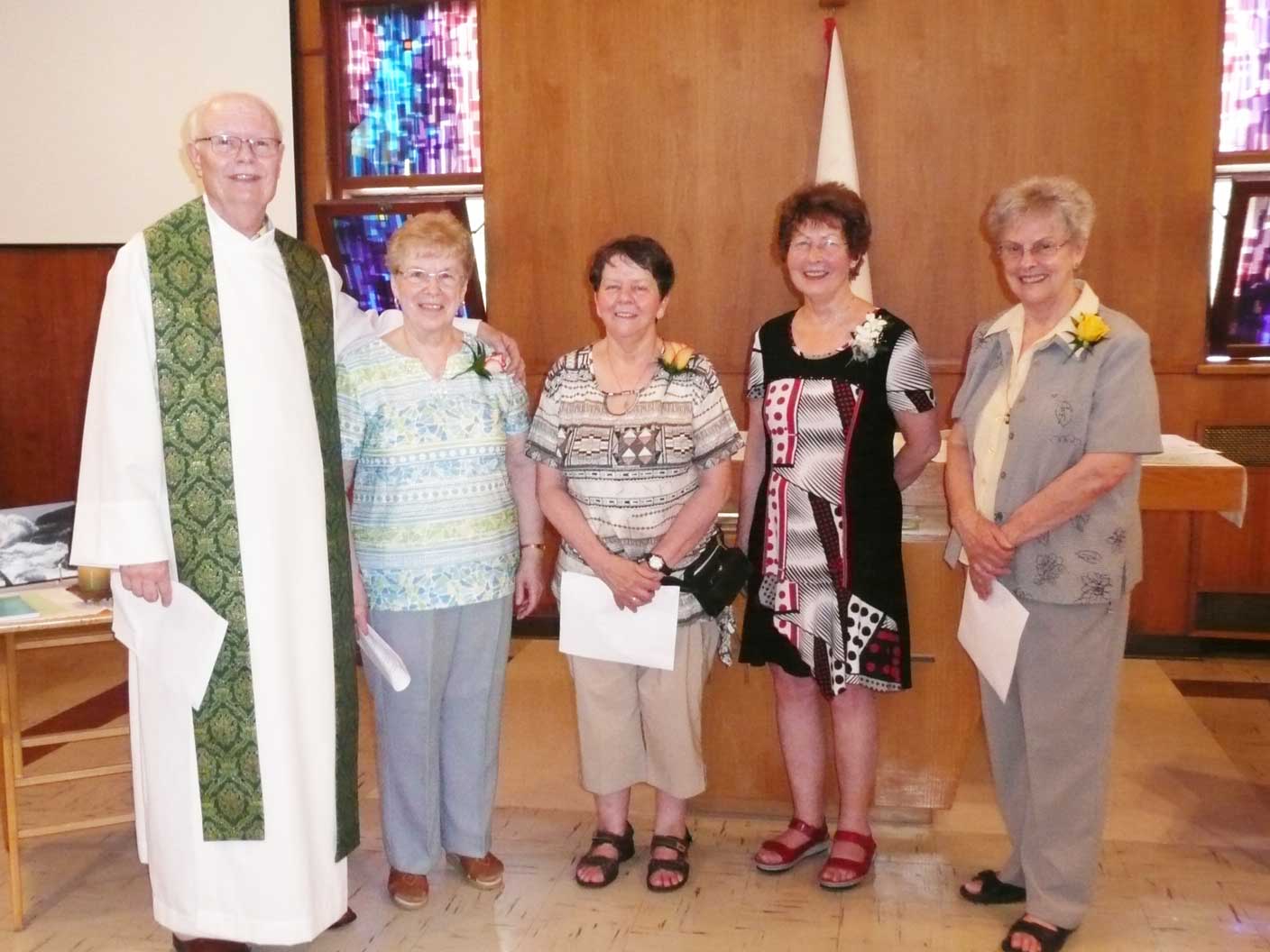